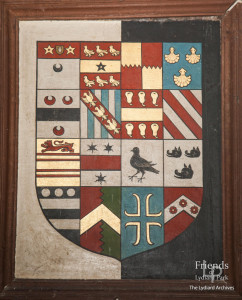 The hatchment can be found on the south side of the St.John aisle, near to the monument to Nicholas St.John. Smaller than later examples, it is rectangular in size, being not quite two feet square.

The hatchment commemorates Anne Leighton, d.1628, first wife of Sir John St.John, first Baronet. The eight coats of arms to the viewer's left represent Sir John, being a selection taken from the seventy-one displayed on the polyptych. The eight on the viewer's right, represent Anne's family taken from sixteen shown on the polyptych. Anne's connection to Elizabeth I (her gr. grandmother was Mary Boleyn, sister to Anne Boleyn) was very important to her husband. 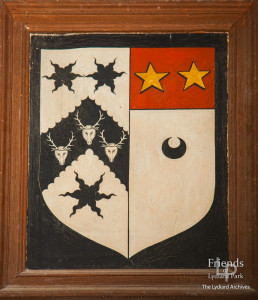 This hatchment can be found on the south side of t... 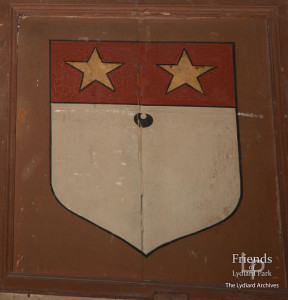 Placed on the north wall of the chancel, this is a... 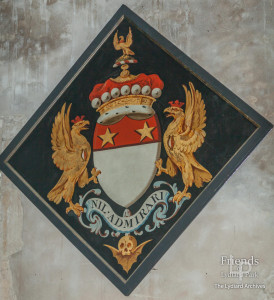 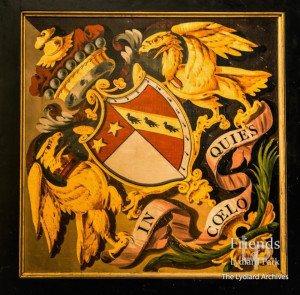 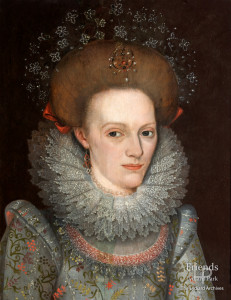