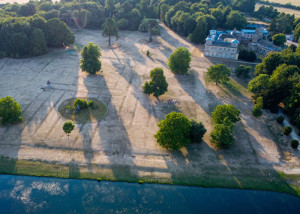 Sir John St.John, 1st Baronet, his six sisters, and their children, experienced firsthand the most tumultuous and bloody conflict ever fought on English soil. From the Civil War's outbreak in 1642 to the restoration of Charles II to the throne in 1660, the St.John family were caught up almost two decades of war and retribution. It wasn't just the men of the family who were central to the conflict...St.John women also had a far-reaching influence on the conflict and its eventual outcomes.

Although Wiltshire was not the scene of any major Civil War battles, it did see its fair share of small sieges and skirmishes, but as far as we know, Lydiard was left well alone. Three of Sir John's sons, William, John, and Edward, all served the Royalist cause, and all three were killed, either on the battlefield or later dying of wounds. The tragedy of their deaths is represented in The Golden Cavalier within St.Mary's Church, an extraordinary monument to Captain Edward St.John, Sir John's son who died at Lydiard of wounds sustained in the Second Battle of Newbury.

Sir John's daughter Anne saw her fair share of action; her first marriage was into the influential Lee family at Ditchley Park in Oxfordshire. Widowed early, she defied her Parliamentarian mother-in-law to keep Ditchley's wealthy inheritance for her children, and later married Henry Wilmot, 1st Earl of Rochester and treasured friend to Charles II. Throughout the war, Anne maintained Ditchley as a Royalist stronghold, cleverly "befuddling" Cromwell's administrators who were eager to seize the estate and its riches.

Anne played a key role during the Restoration of King Charles. She was dear friends with Edward Hyde, 1st Earl of Clarendon, a distant St.John relative and primary counsellor to the king. She also took care of her favourite cousin Lucy Hutchinson, daughter of Lucy St.John, who had declared for Parliament and married Col. John Hutchinson, a Regicide. Only by Anne's intervention, who enlisted the help of another cousin, Barbara Villiers, the King's new mistress, was John's life saved during Charles's spree of retribution against his father's killers.

Another of Sir John's sisters, Lucy St.John, experienced the anguish of the conflict through her own children. As mother of Lucy Hutchinson, she lived with her daughter throughout the war, even taking part in the defence of Nottingham Castle where Col. Hutchinson was governor. But heartbreak could never have been far from her thoughts; not only did she endure the deaths of her three nephews; her sons, Allen and James, fought on the Royalist side, bringing the conflict within the very heart of her family.

We continue to discover and collate documentation and research about the British Civil War and this fascinating period of Lydiard's history. We plan on bringing further British Civil War-related collections and guest curators to the Archives in 2022. 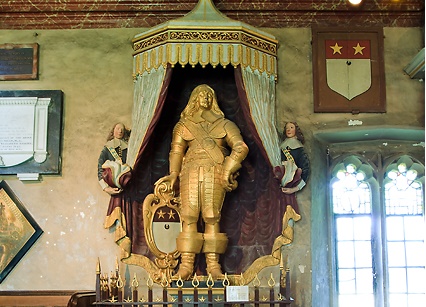 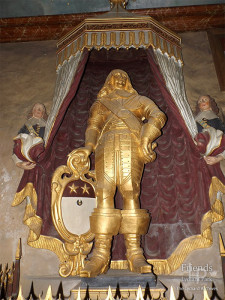 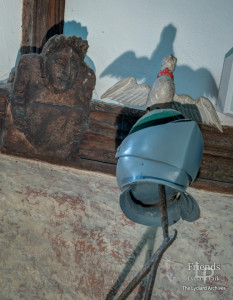 This type of helmet is known as a 'funerary helmet... 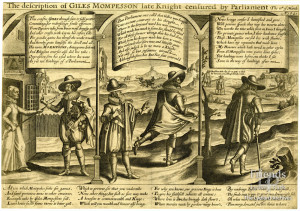 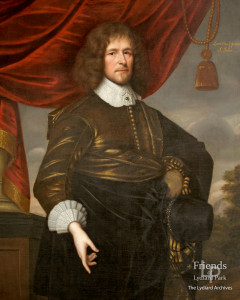