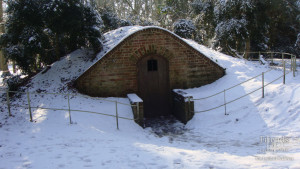 An ice house was a highly desirable component of any grand 18th century park, providing the wealthy landowning gentry with a private supply of ice, a luxury commodity before the the import of ice the 19th century.

You can find Lydiard's ice house on the route between the Forest Café and the Coach House, cited away from the house in the shade of trees. It follows text book plans with a deep brick lined pit and a well insulated domed roof. The quality of the brickwork is particularly fine, enhancing its efficiency.

Lord Bolingbroke's estate workers would have been tasked with collecting snow and ice from the frozen lakes in hard winters, carting it to the ice house to be dropped in the pit. Here they packed it down between layers of salt and straw to make later removal easier. The ice could last for up to two years, and was used in the kitchens to preserve food for longer and make chilled food and sweet confectionaries and luxury deserts such as ice cream bombes.

A change came in the later 19th century when huge quantities of ice were sourced from Norway and North America to supply country estates and private ice wells in smaller domestic houses. By the end of the 19th century the invention of the refrigerator brought the ice trade to an end and ice houses like the one at Lydiard became obsolete. 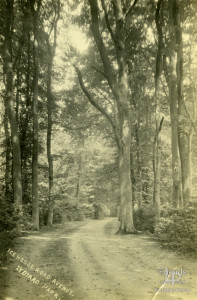 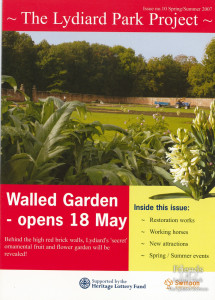