Will of the Reverend Richard Miles 1839

Richard Miles became rector of Lydiard Tregoze in 1780. Despite being rector he did not live at the parsonage but in Bath. This situation earned him the criticism of the journalist and commentator William Cobbett.

Miles made his will 3 July 1839. Because his wife was 'amply provided for', he made no provision for her in his will. The residue of his estate and effects, after debts and legacies were met, he gave in three equal shares to his brother Thomas William Maskell (in trust for his wife Mary), his niece, and the remaining third to Frederick Bayly (in trust for his wife Sarah, another niece). 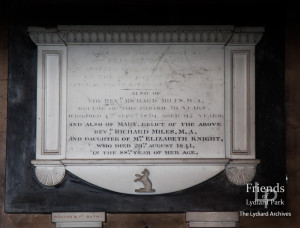 The tablet records firstly the death of Mrs Knight... 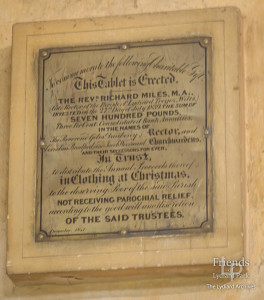 The plaque records details of the establishment of... 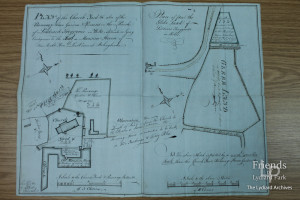 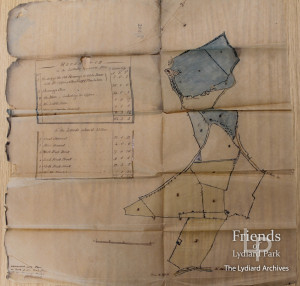 Deeds of exchange of land between Lord Bolingbroke and St . Mary's Church, 1841-45

Copy deeds record the exchange of lands, including...