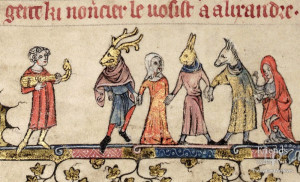 With all my family at my back.

Christmas comes but once a year,

And when it comes it brings good cheer -

And who likes that any better than I? '

Mummer's plays or folk plays date back to the13th century and Christmas was the main season for 'mumming'. Bands of local people, disguised themselves in costume and painted their faces, visiting the big houses in their neighbourhood and entertaining the local gentry with comic drama featuring stock characters.

The earliest written evidence for the plays is in the mid to late 18th century of which this is an example. The Lydiard Park household would have gathered in the main hall to watch the mummers. A roaring fire, a fine supper and liberal quantities of beer and wine from the cellar no doubt adding to the jollity.

This version of the play was collected by the Swindon poet Alfred Williams (d.1930) and was published in the Wiltshire Gazette in 1926. William's original handwritten and typed manuscript (shown here) is held by the Wiltshire and Swindon History Centre and was digitised as part of a collaborative project with the English Folk Dance & Song Society (EFDSS) Vaughan Williams Memorial Library. An extract of the play (also shown here), can be found in 'A Wessex Nativity': Celebrating Midwinter in Somerset, Dorset and Wiltshire by John Chandler; published by Hobnob Press, 2010.

Painting the Past, a play by Prime Theatre 2019

'Painting the Past' was researched, scripted and p... 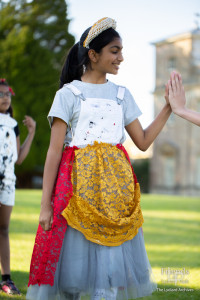 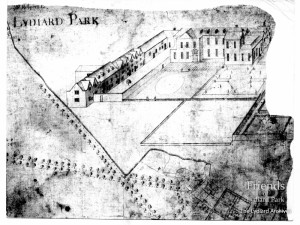