In the early 17th century, turkeys were being increasingly enjoyed as a Christmas meal for those who could afford them. The first turkey had been brought to England by William Strickland in 1526 and its said that King Henry VIII popularised the bird when he substituted his Xmas goose for a turkey. Queen Elizabeth I went on to grant Strickland the right to have a turkey as his heraldic crest.

Lydiard's window was painted in 1630 by the master glazier and glass painter Abraham Van Linge on the instructions of Sir John St.John, 1st Baronet, Lord of the Manors of Lydiard Tregoze and Battersea. It seems Van Linge copied the majority of the quarries from popular prints that were circulating around Europe at the time. One of the Lydiard turkeys is copied from A. Collaert's Avium Vicae Icones.

With turkeys featuring in his remarkable window, its not hard to imagine Sir John and his family tucking into a Christmas bird in the great hall of Lydiard Park. 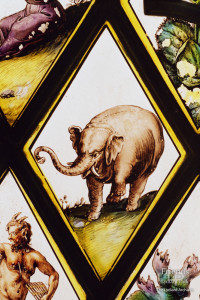 Lydiard's curious painted window is a remnant of t... 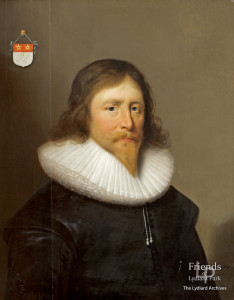 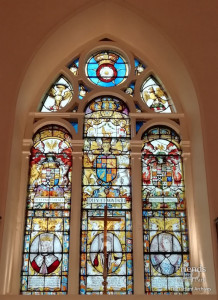